WEST NILE-INNOVATOR® vaccines aid in the prevention of West Nile; equine encephalomyelitis due to Eastern, Western and Venezuelan viruses; and tetanus. WEST NILE-INNOVATOR is the veterinarian’s first choice for core disease protection and has been shown to provide an immune response to West Nile virus that is four times more than a big one-shot combination vaccine.

(No reviews yet) Write a Review 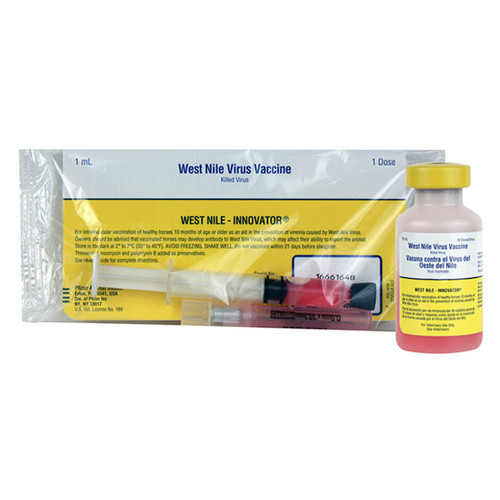